Click Here to Schedule a new account phone appointment with one of our experienced Senior SDIRA Managers.
IRA Specialists are available 8 am to 5 pm Monday to Friday, Arizona MST at (602) 899-9396.

Learn How to Self-Direct Your Retirement

Self-Directed IRAs Can Invest In 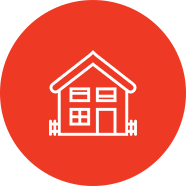 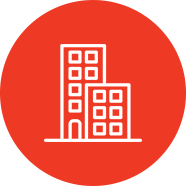 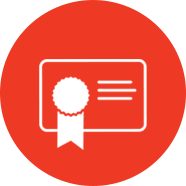 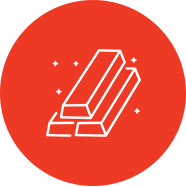 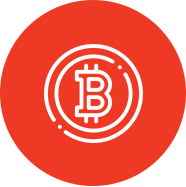 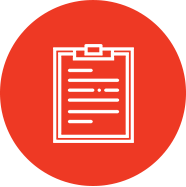 1. What is a self-directed IRA?

A self-directed IRA is an IRA (Roth, Traditional, SEP, Inherited IRA, SIMPLE) where the custodian of the account allows the IRA to invest into any investment allowed by law. These investments typically include: Real estate, promissory notes, precious metals, and private company stock. The typical reaction I hear from investors is, “Why haven’t I ever heard of self-directed IRAs before, and why can I only invest my current retirement plan into mutual funds or stocks?” The reason is that large financial institutions that administer most U.S. retirement accounts don’t find it administratively feasible to hold real estate or non-publicly traded assets in retirement plans.

2. Can I rollover or transfer my existing retirement account to a self-directed IRA?

3. What can a self-directed IRA invest in?

Under current law, a retirement account is only restricted from investing in the following:

And, any investment that constitutes a prohibited transaction pursuant to ERISA and/or IRC 4975 (e.g. purchase of any investment from a disqualified person such as a close family member to the retirement account owner).

These investments are all allowed by law and can be great assets for investors with experience in these areas.

4. What restrictions are there on using a self-directed IRA?

5. Can my self-directed IRA invest in my personal business, company, or deal?

No, it would violate the prohibited transaction rules if your IRA transacted with you personally (or with a company you own). In addition, your IRA cannot transact with or benefit anyone who is a disqualified person (e.g. IRA owner, spouse, children, parents, spouses of children, etc.)

Many self-directed retirement account owners, particularly those buying real estate, use an IRA/LLC (aka “checkbook-control IRA”) as the vehicle to hold their retirement account assets. An IRA/LLC is a special type of LLC, which consists of an IRA (or other retirement account) investing its cash into a newly created LLC. The IRA/LLC is managed by the IRA owner, and the IRA owner then directs the LLC investments and the LLC to take title to the assets, pay the expenses to the investment, and receive the income from the investment. There are many restrictions against the IRA owner being the manager (such as not receiving compensation or personal benefit) and many laws to consider, so please ensure you consult an attorney before establishing an IRA/LLC. For more details on the IRA/LLC structure, including cases and structuring options, please refer to my blog post,

7. Can my IRA invest cash and can I get a loan to buy real estate with my IRA?

Your IRA can buy real estate using its own cash and a loan/mortgage to acquire the property. Whenever you leverage your IRA with debt, however, you must be aware of two things. First, the loan your IRA obtains must be a non-recourse loan. A non-recourse loan is made by the lender against the asset, and in the event of default the sole recourse of the lender is to foreclose and take back the asset. The lender cannot pursue the IRA or the IRA owner for any deficiency. Second, your IRA may be subject to a tax known as unrelated debt financed income tax (UDFI/UBIT).

8. Are there any tax traps? What about UBIT/UBTI?

So, make sure your IRA receives investment income as opposed to “business income”.

There are two common areas where self-directed IRA investors run into UBIT issues and are outside of the exemptions outlined above. The first occurs when an IRA invests and buys LLC ownership in an operating business (e.g. sells goods or services) that is structured as a pass-thru entity for taxes (e.g. partnership), and does not pay corporate taxes. The income from the LLC flows to its owners and would be ordinary income. If the company has net taxable income, it will flow down to the IRA as ordinary income on the K-1, and this will cause tax to the IRA as this will be business income and it does not fit into one of the investment income exemptions. If your IRA has UBIT income, it must file it’s own tax return using IRS Form 990-T. The second instance occurs when the IRA invests into real estate activities whereby the IRA is deemed to be in the business of real estate as opposed to investing in real estate (e.g. real estate development, construction, significant short-term real estate flips).

If an IRA uses debt to buy an investment, then the income attributable to the debt is subject to UBIT. This income is referred to as “unrelated debt financed income” (UDFI), and it causes UBIT. The most common situation occurs when an IRA buys real estate with a non-recourse loan. For example, let’s say an IRA buys a rental property for $100,000, and that $40,000 came from the IRA and $60,000 came from a non-recourse loan. The property is thus 60% leveraged, and as a result, 60% of the income is not a result of the IRAs investment, but the result of the debt invested. Because of this debt, which is not retirement plan money, the IRS requires tax to be paid on 60% of the income. So, if there is $10K of net rental income on the property then $6K would be UDFI and would be subject to UBIT taxes.

For a more detailed outline on UDFI, please refer to my free one-hour webinar.

A solo 401(k) is a great self-directed account option, and can be used instead of an IRA for persons who are self-employed with no other employees (other than business owners and spouses). If you are not self-employed, then the solo K will not work in your situation.

A solo 401(k) is generally a better option for someone who is self-employed and still trying to maximize contributions, as the solo 401(k) has much higher contribution amounts ($54,000 annually versus $5,500 annually for an IRA). On the other hand, a self-directed IRA is a better option for someone who has already saved for retirement and who has enough funds in their retirement accounts which can be rolled over and invested via a self-directed IRA as the self-directed IRA is easier and cheaper to establish.

Another major consideration in deciding between a solo 401(k) and a self-directed IRA is whether there will be debt on real estate investments. If there is debt and the account owner is self-employed, they are much better off choosing a solo 401(k) over an IRA as solo 401(k)s are exempt from UDFI tax on leveraged real estate.

Understanding the Rules for Each is Critical

Learn Specific Rules to Your Investments